Umuchinemere Pro-credit Micro Finance Bank defies COVID'19 to empower a total of 2,356 active poor people in Enugu State with the sum of ₦518.8m operational capital to finance their micro and small scale enterprises to sustain and improve their well being in the first six months of 2020

Pursuant to its objective of poverty alienation as envisioned by its owner, the Catholic diocese of Enugu, the Umuchinemere Pro-credit Micro Finance Bank (UPMFB) Enugu defied the heavy economic downtrend caused by COVID'19 pandemic disease and empowered a total of 2,356 active poor people in Enugu State with the sum of ₦518,812,400 operational capital to finance their micro and small scale enterprises to sustain and improve their well being in the first six months of 2020.

This was contained in a press release signed by the bank's head of the public/media relations unit, Sir Abuchi Anueyiagu.

The outbreak of the pandemic disease had forced a total lockdown of the country for three months, leading to stringent economic difficulties that heavily affected the money market, with the Umuchinemere Pro-credit Micro Finance Bank (UPMFB) not excluded from the difficulties.

The fund, which is approximately ₦46.8m fewer than the amount of ₦565,584,457 that the bank disbursed to a total of 2,503 persons same period in the previous year, is meant to engage the beneficiaries in meaningful micro and small scale enterprises to sustain and improve their quality of lives.

The sum of ₦37m was granted to farmers as agriculture loans, as against the sum of ₦50m that was given to farmers within the same period in 2019.

Umuchinemere Pro-credit Micro Finance Bank is among the leading microfinance institutions trying to help enhance the quality of life and well being of the active poor and generally improve the economy in the country.

It would be recalled that the bank had in a bid to boost agriculture and local production of food to fight hunger in the land, took the first position in the recent past in the Central Bank of Nigeria's assessment of loans granted to the agriculture sector by microfinance banks in Nigeria.

Difficulties associated with non-payment or unwillingness to repay loans, which are being compounded with lack of adequate, efficient, effective and easily accessible ICT national bio-data base to check or track borrowers and their records, have been identified that hamper giving of more funds to meet the financial needs of the active poor people in the society.

Making a strong case for the establishment of a special court to handle loan repayment defaults, Mr. Udeani had some time ago observed that lack of strong laws and instruments for loan recovery posed a serious impediment in offering credit facilities to people, which is a big problem not just to meeting the financial needs of people but improving the economy of the country and growth or development.

Udeani said that in societies where these things were available there was minimal loan repayment default cases because of the consequence of default, just as it helps to determine credit rating of anyone seeking loan from financial institutions. 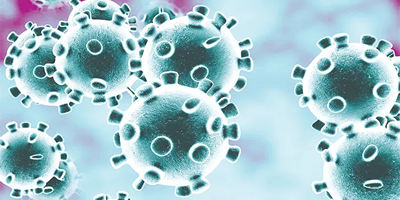 Umuchinemere Pro-credit Micro Finance Bank defies COVID'19 to empower a total of 2,356 active poor people in Enugu State with the sum of ₦518.8m operational capital to finance their micro and small ...

Pursuant to the sustained goal of its owners to work toward alleviation of poverty in the society, the Enugu Catholic diocese's-owned Umuchinemere Pro-credit Micro Finance Bank (UPMFB) gave a total of ...